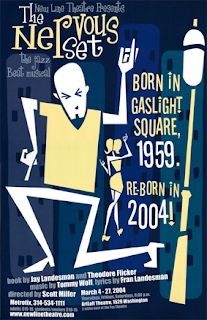 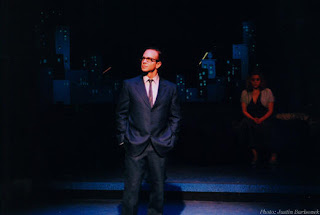 “Many times, I’ve traveled thousands of miles and spent hundreds of dollars to see obscure musicals, but catching The Nervous Set at New Line turned out to be the most valuable theatrical pilgrimage I’ve ever made.” – Peter Filichia, TheaterMania.com

“God bless Miller for letting us see this odd bit of history. And bless him for the continuing adventure that is New Line Theatre.” – Steve Callahan, KDHX-FM

“It’s difficult not to get drawn into the idealism and hypocrisy of a group of young, disillusioned, brilliant show-offs. Bitterly funny irony and far-ahead-of-its-time social commentary.” – John Shepherd, Playback St. Louis

“The songs, by composer Tommy Wolf and lyricist Fran Landesman, are the engine of The Nervous Set, driving us through the narrow streets of Greenwich Village and to a few other outposts of greater New York... Today, we’re inclined to see the Beats – with their skepticism about consumerism society and their embrace of ‘far-out’ ideas in an era that valued conformity – as cultural heroes. But The Nervous Set reminds us of some of the less attractive aspects of Beat culture: its thoughtless sexism (men pursue ideas, women work to support them and lie down to please them), its arrant homophobia and its self-destructive addictions.” – Judith Newmark, St. Louis Post-Dispatch

“In one of the many sprightly songs that provide the best reason for seeing the 45th-anniversary revival of the jazz/beat musical The Nervous Set, the leading man exudes, ‘We just have one life/Let’s make it a fun life’.” – Dennis Brown, The Riverfront Times 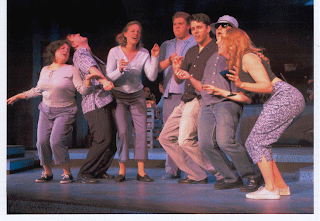 Welcome to the world of the Beats, a generation of young people in post-World War II, pre-Vietnam America, swimming in disillusioned angst and apathy. This very special show is both a ground-breaking jazz musical and also a clear-eyed social document, a record of a time and place that should never be forgotten, when America had lost its way and lost track of what's important. It's a truthful evocation of the Beat Generation, with all its warts and contradictions, all its nihilism and its earth-shattering realignment of modern literature. People know about the hippies, but how many know where the hippies came from? The Nervous Set shines the light once again on some of America's true cultural giants.

Jack Kerouac (fictionalized in the show as “Bummy”) once said of the Beats in New York, “We are living at just the right time – Johnson and his London, Balzac and his Paris, Socrates and his Athens – the same thing again.” This show is set at a thrilling moment in American culture. At the same time that Kerouac was changing the course of the American novel and Allen Ginsberg (“Danny” in the show) was doing the same with poetry, other revolutions were also taking place. Jackson Pollock was changing American painting with his wild, visceral new abstract style. Charlie “Bird” Parker was changing music, with the invention of “Bop,” a fierce, aggressive new kind of jazz improvisation. Lenny Bruce was changing comedy, turning it not only political but arguably dangerous. Sid Caesar was changing the face of the newborn television, inventing live sketch comedy with Your Show of Shows. Off Broadway was being born, and on Broadway, Marlon Brando was inventing an entirely new style of aggressive, emotionally raw, American acting. 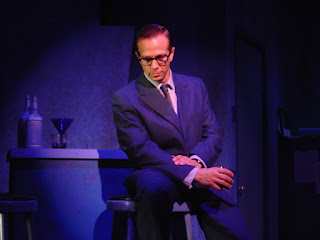 Charles Schulz was changing the nature of comic strips, bringing the disillusionment and disenfranchise¬ment of the Beats to the funny papers with Peanuts, his now world famous comic strip that commented on literature, art, music, theology, medicine, psychiatry, and the then taboo themes of faith, intolerance, depression, loneliness, cruelty, and despair. Also in 1950, Aldous Huxley, who had written the revolutionary novel Brave New World years earlier, was taking mescaline for the first time, and he wrote The Doors of Perception, starting (or re-starting) America's drug culture. America, the bland land of conformity was being turned upside-down.

Almost everything in The Nervous Set really happened (even the pogo stick). And now we have the rare opportunity to revisit that amazing time, to get a rare glimpse inside that moment in history from the perspective of the people who were really there. This is no Hollywood fiction. This is how it really happened…
0 comments