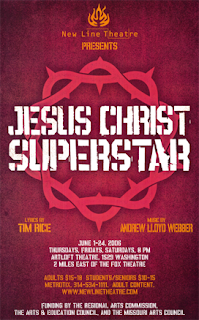 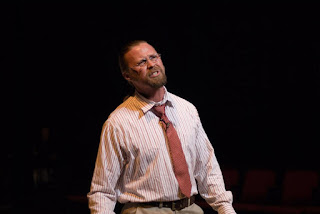 “Director Scott Miller has brilliantly reimagined the early Andrew Lloyd Webber triumph for the here and now. . . Lloyd Webber’s unforgettable music and Tim Rice’s witty lyrics benefit mightily from Miller’s chamber-musical approach. Without the customary bombast, it’s possible not only to hear the show, but to listen to it. . . [The two leads] bring superlative showmanship to the proceedings without forsaking emotional truth. And their singing is at once convincingly anguished and gloriously theatrical. . . Smart, engaging and ultimately poignant, this Superstar is a winner.” – Calvin Wilson, St. Louis Post-Dispatch

“Director Scott Miller promised to bring something new and different to his New Line Theatre production of Jesus Christ Superstar, and he did. . . There is excellent work throughout the cast, and Miller’s casting choices are exemplary. . . A superior production. . .” – Joe Pollack, KWMU-FM

“This production rocks the house. If your soul needs re-charging plug in to the Art Loft for some soul food. Be warned, as I said, it’s apparently not for everyone, but then what is anymore? Take an open mind and a need to groove.” – Kirsten Wylder, KDHX-FM

“New Line Theatre’s minimalist approach focuses audience attention appropriately on the music, which is well-sung by the ensemble and backed up by a great band.” – Deanna Jent, The Riverfront Times 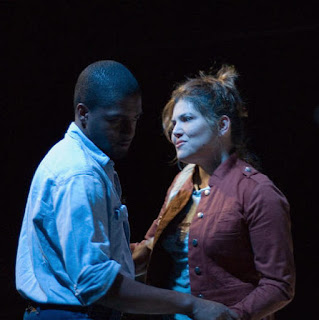 Why set Jesus Christ Superstar in the present? First, because that’s what the show’s creators intended back in 1970. Second, because it’s a very complicated story about subversive politics, power, and empire, and setting it in the present hopefully makes all the players and all their agendas clearer and easier to understand. It shows us the important political and social parallels to our world today, helping make this ancient story come alive for us in 2006. Whether or not you believe Jesus was the Son of God, it’s hard to argue that he wasn’t a great philosopher who changed the world. But he was also a rebel, a radical political activist, and that side of his life is often ignored or forgotten today – even though it holds great relevance for us.

When lyricist Tim Rice wrote Superstar, he said in many interviews that the story he was telling was not about God or religion or divinity. It’s about political activism – the eternal battle between grass roots movements and entrenched governmental authority. Jesus Christ Superstar isn’t about Jesus’ teachings on morality, but instead about how his radical populist agenda challenged and terrified those in power – and brought danger to his followers. Also, Superstar was meant to be the story of Judas, not Jesus, and why Judas felt he had to betray his friend. The entire show is one possible answer to that question, a question Christians have wrestled with for centuries. Even the show’s title refers not to Jesus himself, but to Judas’ perception of Jesus’ mistake in allowing himself to become a “star” at the expense of his message.

We’ve also attempted in this production to use everything we know now about the historical Jesus in order to tell this story as truthfully as possible. Scholars all agree now that Mary Magdalene was not a prostitute; she was probably a rich girl from a town that was a hotbed of subversive political activity. She was probably very smart and opinionated and one of Jesus’ closest confidantes. Most scholars agree that Jesus had a lot more than twelve disciples and that many of them were women. Also, Bible scholars now know that the Jewish temples of Jesus’ time and the early Christian church used cannabis extract in their anointing oils (so the THC would absorb into the skin) and in their incense during religious rituals, the smoke helping the devout to experience religious visions. Politics, religion, sex, money, power, even drugs. The world of Judas and Jesus is not so different from ours.

Though some of our choices with Superstar may seem surprising or “radical” to you, every choice was made to tell this story as clearly, as fully, and as honestly as possible, and to be true to the writers’ intent. After all, radical actually means “of or pertaining to the root or original; fundamental.” This is one of the greatest stories ever told, but not only for religious reasons. Jesus’ movement provided the template for every great political movement that came after, including the American anti-slavery movement, the women’s suffrage movement, the Civil Rights movement, the feminist movement, the gay rights movement, and so many more.