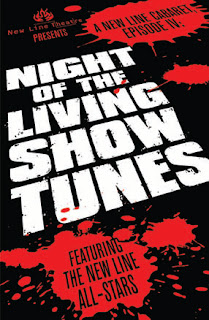 THE REVIEWS
“Scott Miller and the ‘New Line All-Stars’ put together a really fun show last night. Yeah, it’s a musical theater revue – one with some really funny, smart material, a lot of it drawn from shows that New Line has staged in their entirety. . . The stately hall and the offbeat material made a great combination, elegant but relaxed – you know, like you have style, but you’re used to it.” – Judith Newmark, St. Louis Post-Dispatch 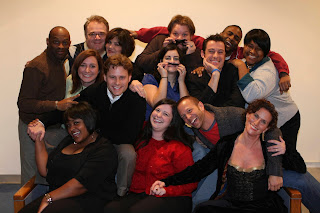 “A special evening of song designed, in part, to raise funds for the New Line Theatre scholarship fund, took place over the course of two nights in the shimmering acoustic surroundings of the Sheldon Concert Hall. Artistic Director Scott Miller tickled the ivories in expert fashion as a parade of local talent favored the audience with an eclectic mix of tunes culled from a wide variety of shows. It was a thoroughly enjoyable evening, and it definitely piqued my curiosity about some of the more obscure material that was presented.” – Chris Gibson, KDHX-FM

THE SONG LIST
ACT I
“Our Prayer” (from Brian Wilson’s Smile) – Company
“Spanish Sailing Ship” (from Songs for a New World) – John, Khnemu, Deborah, Kimi
“I Don’t Remember You” (from The Happy Time) – Todd
“Sometimes a Day Goes By” (from Woman of the Year) – Scott Tripp
“Look Over There” (from La Cage aux Folles) – Jeff  Pruett
“A Trip to the Library” (from She Loves Me) – Katie
“Somewhere That’s Green” (from Little Shop of Horrors) – Kimi
“Sara Lee” (from And the World Goes ‘Round) – Nick, Mara, Margeau
“Madeleine” (from Jacques Brel) – Nikki, Talichia, Khnemu, Joel
“Ready to Settle” (from High Fidelity) – Margeau, Mara
“I Love You” (from Little Me) – Joel, Katie, Company
“The Stuff” (from Reefer Madness) – Deborah
“There’s a Fine, Fine Line” (from Avenue Q) – Nikki
“Don’t Know Where You Leave Off” (from Sweet Smell of Success) – Khnemu, Kimi
“Getting Married Today” (from Company) – Amy, Nick, Talichia, Company